One of my favourite debuts last year was The Goldfish Boy by Lisa Thompson so I was very much looking forward to reading The Light Jar, her second novel, and I certainly wasn’t disappointed by this thoughtful novel about finding courage and friendship in unlikely places. 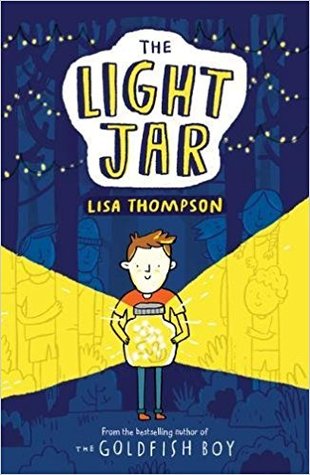 In the middle of the night Nate’s mum wakes him and together they drive away in the darkness to a tumbledown cottage in the middle of a forest. When Mum heads off for more supplies, and then doesn’t return, Nate is left alone and afraid. How will he cope? But then Nate discovers comfort can come from the most unexpected of places. He meets a mysterious girl trying to solve the clues of a long forgotten treasure hunt and an old friend reappears from his past too. Will they help Nate find the courage needed to conquer his fears?

Lisa Thompson shows some courage too by tackling the subject of domestic abuse in a book aimed at children of about 10 plus. Yet she conveys the situation with such care and sensitivity for her young readers that this subject is dealt with in an entirely appropriate manner for them.

This is another well plotted story by this author. Readers will enjoy solving the treasure hunt clues alongside Nate and Kitty and the air of mystery surrounding both the characters and the setting should keep children gripped. As the details of Nate’s family history are gradually revealed I grew to care more and more about him. As a Mum I just wanted to give the poor lad a hug. Although, thankfully, most readers will have no experience of his situation Nate is a character they will empathise with and learn from.

As a school librarian I’ve been asked by teachers and occasionally by parents whether I think difficult social issues are appropriate subjects for children’s books for this age group. When they are handled as well as this my answer would be yes. It is just possible that a book like this could offer help to a child in a similar situation and make a vital difference.  Also, reading about such subjects in the safety of the pages of a book is a learning experience for young readers promoting an understanding of and empathy with those with very different lives to their own.

The opening of The Light Jar reminded me in some ways of the lovely picture book, The Snow Lion by Jim Helmore and Richard Jones. In this story Caro and her mother arrive at their new home in darkness. Once inside, the house is white, bare and empty. Caro wishes that she has someone to play with and feels a little lost and small. Then one day she hears a noise and a gentle voice asking to play. She has a new friend and a very special one. The Snow Lion has appeared as if by magic to help Caro learn how to make friends of her own and maybe find the courage she has been hiding inside. 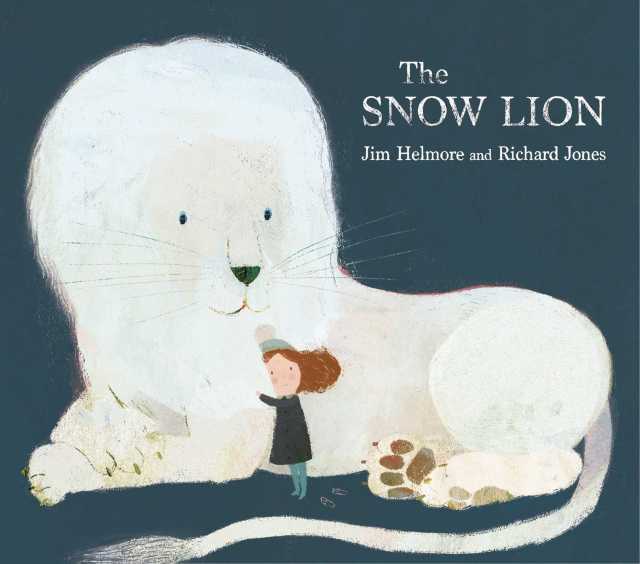 Although we are never told why Caro and her mum have moved house both Nate and Caro find courage and friendship in ways that are reassuring to and understood by children. Class teachers may find a study of the differing ways in which these books depict this and the comparisons between the two interesting.

These books have made me wonder if children’s stories act in a similar way to an imaginary friend, being a reassuring guide to young readers, helping, comforting and walking alongside them as needed as they learn about life.

Did You Ever Stop To Think
My Book Corner